Though not eligible for local or national listing, the Craftsman bungalows along Doran Street, which were built between 1910 and 1911, continue to display the neighborhood’s early architectural style and remain a part of its evolution.

To create Doran Gardens, RAAM Construction completed the rehabilitation of three Craftsman bungalows and constructed 57 new attached one-story flats and two-story townhouse condominiums. The resultant 60 units comprise one- to four-bedroom floor plans of up to 1,800 square feet each.

Fifty-seven of the units are low- and moderate-income condominium units, while three are market-rate single-family bungalows.

Doran Gardens offers private balconies and patios and communal courtyards. A City of Glendale Mini-Park with a playground is located at the entrance to the community, which is situated in the heart of downtown Glendale.

The project has won an Award of Excellence for a Hard-Won Victory by the American Planning Association. 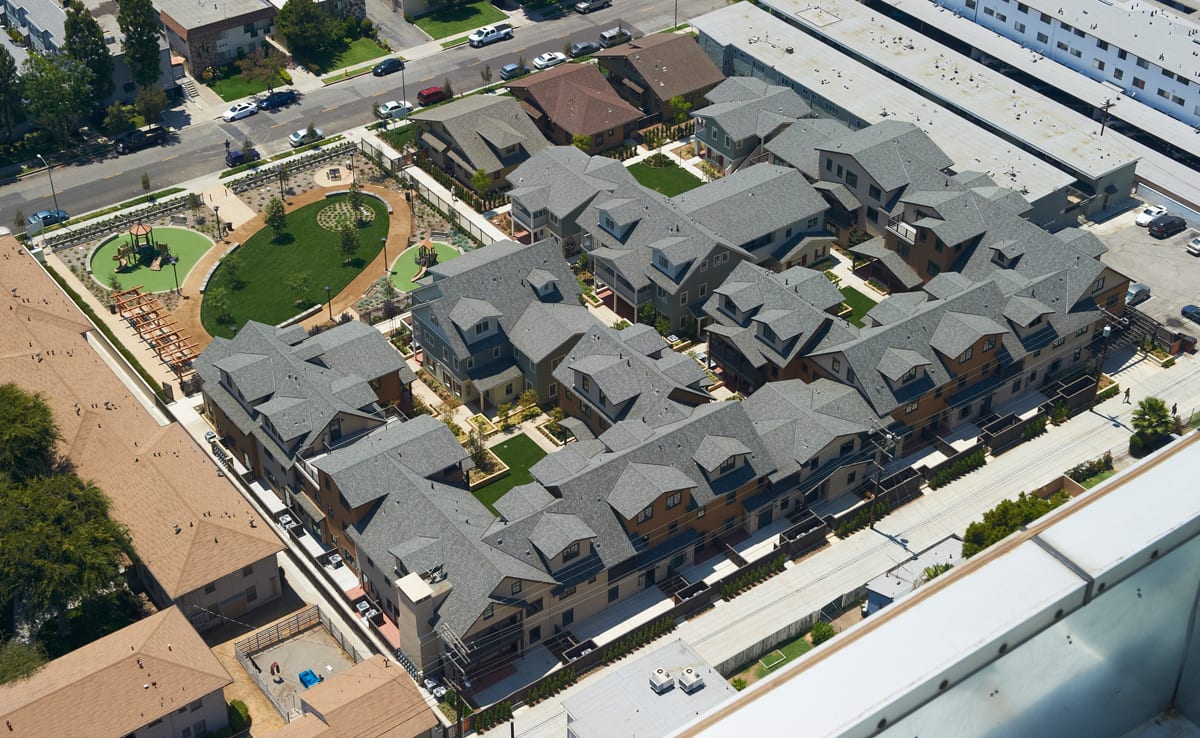 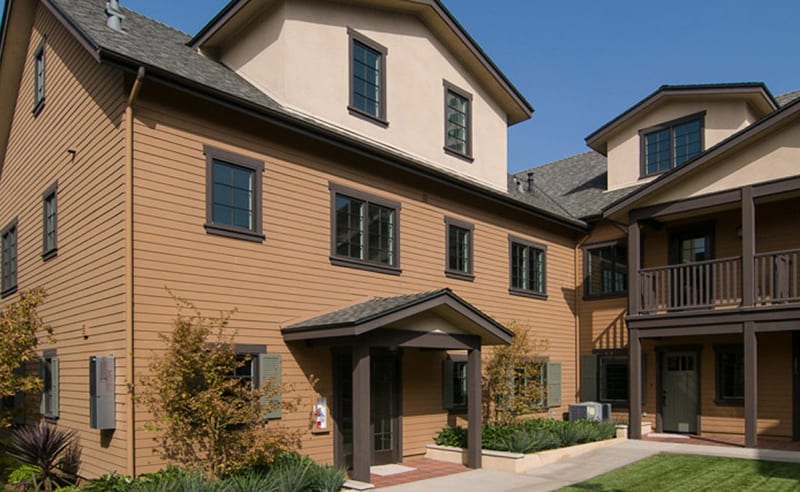 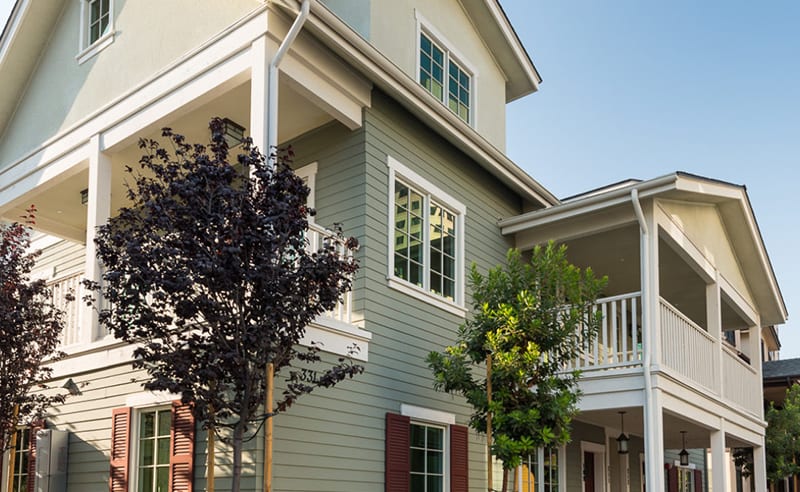