The 1892 Queen Anne Victorian is named after two of its early occupants, Frank and Anna Decker. It was first designated a city landmark in 1988 and has sat vacant for more than a decade. Thursday wasn’t the first time the house was relocated. It was built at Heritage Square, but needed to be moved slightly to make room for two affordable senior housing developments at Fair Oaks Avenue and Orange Grove Boulevard. 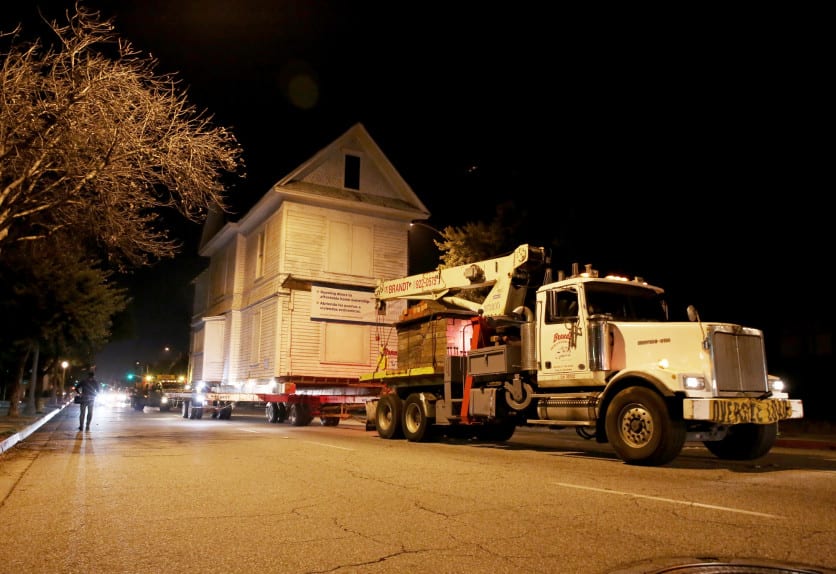